REPORT | The Politics of Protein

A major new report by IPES-Food, The Politics of Protein: Examining claims about livestock, fish, ‘alternative proteins’ and sustainability, sheds light on misleading generalisations that dominate public discussion about meat and protein, and warns of the risks of falling for meat techno-fixes.

With the climate crisis and threats to food security mounting, meat and protein are firmly in the spotlight.

Big meat, dairy and seafood companies are fast rolling out a range of technologies - such as plant-based alternatives, lab-grown meat, and precision livestock and fish-farming - with the backing of governments worldwide.

But IPES-Food warns that a number of misleading claims dominate public discussion about meat and protein, leading to a disproportionate focus on ‘protein’, a systematic failure to account for differences between production systems and world regions — and ultimately to the wrong solutions.

Read the infosheet: Fake meat in the spotlight [EN] 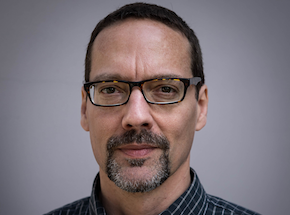 to see why people would be drawn to the marketing and hype, but meat techno-fixes will not save the planet. In many cases, they will make the problems with our industrial food system worse – fossil fuel dependence, industrial monocultures, pollution, poor work conditions, unhealthy diets, and control by massive corporations. "Just as electric cars are not a silver bullet to fix climate change, these solutions are not going to fix our damaging industrial food system. We need to change the system – not the product."
Phil Howard, lead author of the report