THERE IS NO 1.5C FUTURE WITHOUT TRANSFORMING OUR INDUSTRIAL FOOD SYSTEMS

Despite producing around one third of global greenhouse gas emissions, food and farming have consistently been ignored in international climate negotiations. Until now. With four pavilions and over 200 events, food systems were on the agenda of COP27 in Sharm El Sheikh like never before.

A significant deal was reached to integrate agriculture into the UNFCCC, the UN’s climate action body, for the first time. However, it failed to take into account ‘sustainable food systems’. And small-scale farmers were left outside the tent, and the solutions they propose, such as diverse and resilient ‘agroecological’ food and farming, deleted as a potential solution. 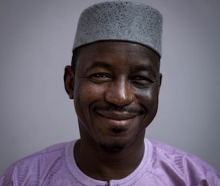 “The industrial food system is responsible for over a third of global warming emissions - and now finally the UN climate talks are recognising that. But if actions are not incorporated across the whole food system, from food waste and loss to sustainable supply chains and healthy diets, we will fail to meet the world's great food and climate challenges.”
Mamadou Goïta, IPES-Food expert and Executive Director of the Institute for Research and Promotion of Alternatives in Development (IRPAD) 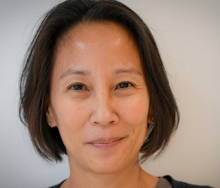 “Despite all the green buzzwords, COP27 has seen a number of initiatives simply doling out more support to big agribusinesses and their large-scale extractive model of industrial agriculture that’s causing climate change. Small-scale farmers have done little to cause the climate crisis but their needs and solutions are being crowded out.”
Lim Li Ching, IPES-Food expert and Senior Researcher at Third World Network 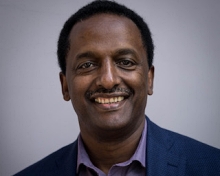 “Small-scale farmers are being hit first and worst by climate change. They struggled to have their voices heard at COP27. They demanded support and climate finance for diverse and resilient agroecological food systems to help adapt to the floods and droughts they are facing - but they leave with very little. World leaders must not leave Africa’s producers to their own fate.”
Million Belay, IPES-Food expert and General Coordinator of the Alliance for Food Sovereignty in Africa

The food price crisis is a stark reminder of how vulnerable our food system is to disruption and shocks - be they conflict, climate, covid, or all three. However, getting food systems on the global agenda isn’t enough. COP27 was flooded with disingenuous and greenwashed proposals that maintain agribusiness as usual, and ultimately increase our vulnerability to climate crisis - meanwhile small-scale farmers were shut out.

IPES-FOOD'S PROGRAM OF SIDE EVENTS AT COP27

IPES-Food was present at COP27, as part of the Food4Climate Pavilion, pushing for a transformation to diverse and resilient food systems, for climate finance for small scale farmers, and for the rejection of solutions that lack definitions, exploit ambiguity and mask agribusiness as usual. Our events included: 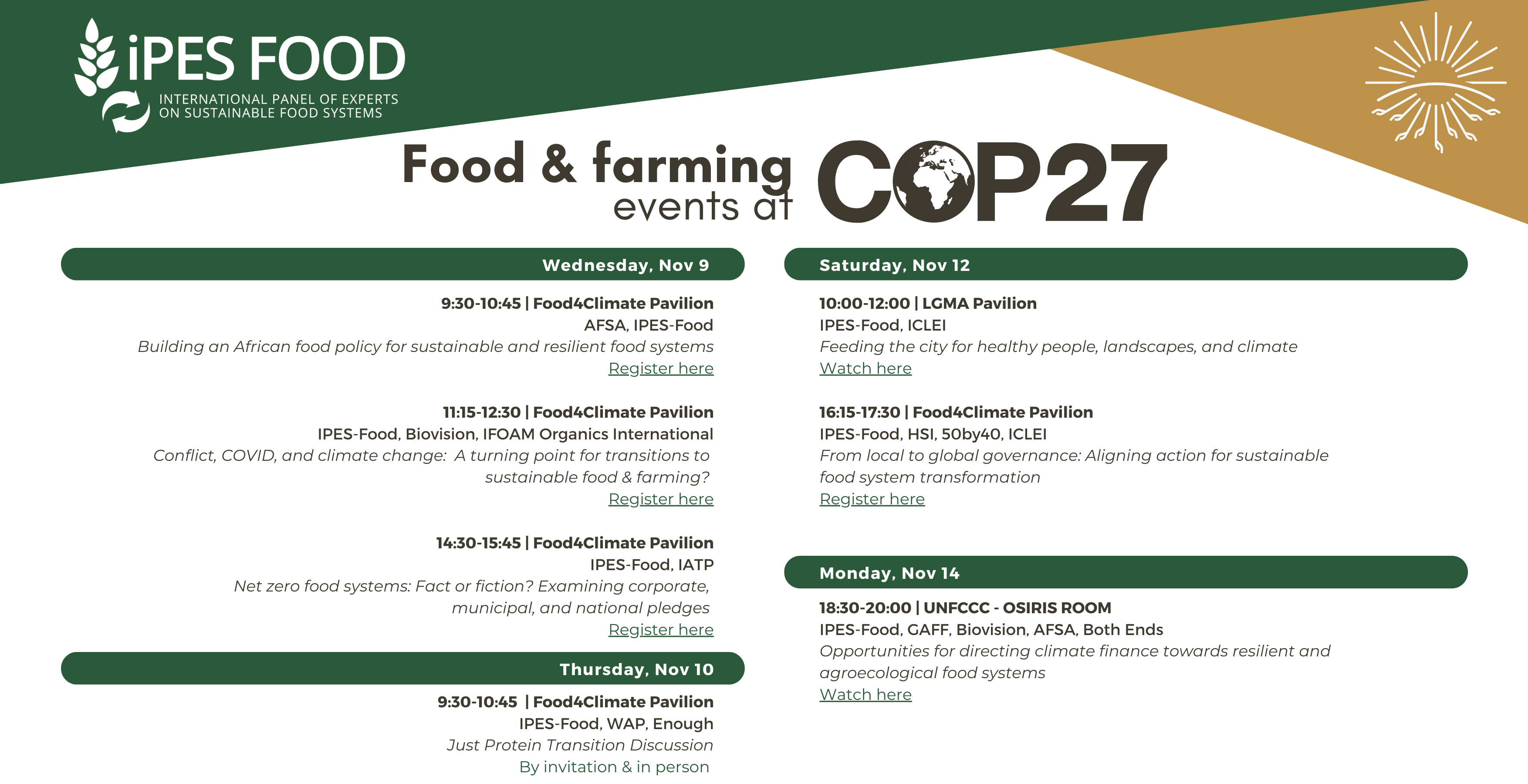 LOCAL AND REGIONAL GOVERNMENTS LEADING ACTION ON CLIMATE AND FOOD

Over 100 local, city and regional governments have signed the Glasgow Food and Climate Declaration - pledging to accelerate the development of integrated food policies, and calling on national governments to take joined-up action on food and climate.