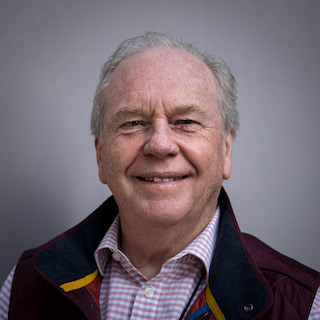 has 40 years of global retail experience specializing in brand creation, product development and sustainable sourcing, and now advises several bodies on sustainability issues, including the Marine Stewardship Council. He was initially recruited from Woolworths South Africa to join Loblaw Companies, Canada’s largest supermarket, to head the emerging product development department of their control brands. As senior executive, he was responsible for the creation and launch of a number of highly acclaimed brand initiatives focusing on Organics, Healthy Eating and Perishable programmes. Leading up to his retirement from Loblaws in 2013, he spearheaded its sustainable seafood procurement initiative and played a key role in establishing the company's responsible sourcing position. Paul now advises various organisations, including WWF-Canada on strategic ocean industry matters, and has become Senior Director, External, heading up the University of Guelph's Food Institute. He is a board member of both Ontario’s Livestock Research Institute and The Ontario Farm Agenda for Sustainable Agriculture (Canada), and in July was appointed to the Marine Stewardship Council’s Board of Trustees. In 2013 TV Ontario recognized his sustainable leadership efforts in the documentary series “Green Heroes”. Paul was awarded an Honorary Doctorate Laws (honoris causa) by the University of Guelph in 2014, “acknowledging his significant innovations in the Canadian food distribution system and leadership in developing a ‘sustainable world’”.