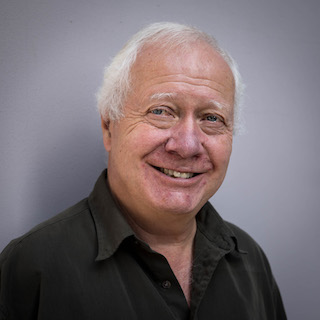 is the co-founder and executive director of the ETC Group, and is an expert on agricultural diversity, biotechnology, and global governance with decades of experience in international civil society and several awards to his name. The ETC group is an international civil society organization headquartered in Canada with offices in Mexico, Philippines, Nigeria and USA. ETC group has consultative status with ECOSOC, FAO, UNCTAD, UNEP, UNFCCC, IPCC and the UN Biodiversity Convention. Since 1977, ETC group has focused on the role of new technologies on the lives and livelihoods of marginalized peoples around the world. Pat Mooney has almost half a century of experience working in international civil society, first addressing aid and development issues and then focusing on food, agriculture and commodity trade. He received The Right Livelihood Award (the "Alternative Nobel Prize") in the Swedish Parliament in 1985 and the Pearson Peace Prize from Canada's Governor General in 1998. He has also received the American "Giraffe Award" given to people "who stick their necks out." The author or co-author of several books on the politics of biotechnology and biodiversity, Pat Mooney is widely regarded as an authority on issues of agricultural diversity, global governance, and corporate concentration. Although much of ETC's work continues to emphasize plant genetics and agriculture, the work expanded in the early 1980s to include biotechnology. In the late 1990s, the work expanded further to encompass a succession of emerging technologies such as nanotechnology, synthetic biology, geoengineering, and new developments ranging from genomics and neurosciences to robotics and 3-D printing. Pat Mooney and ETC group are known for having discovered and named The Terminator seeds – Genetically-modified seeds designed to die at harvest.